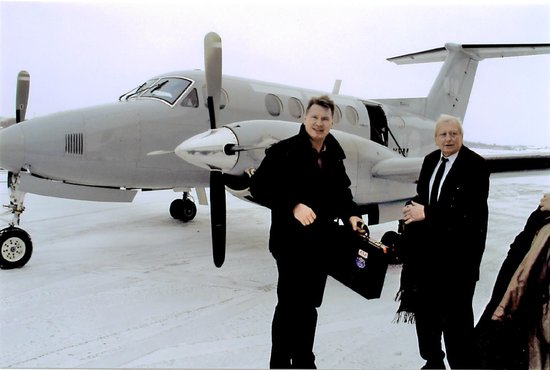 The Jula plane is acquired

The idea of the Jula plane comes from Lars-Göran Blank, Jula’s founder. Several other companies in the region, such as Kinnarps, Benders and Dafgårds, had their own planes. There were probably quite a few who thought the idea of our own plane was a bit crazy, but over the years it has proved to be a very successful idea.

The plane, a Beachcraft King Air 200, has two turboprop engines, which can be described as two jet engines with propellers. The cruising speed is around 500 km/h and the plane usually flies about 7-8000 metres over the ground.

The plane is at Lidköping airport, a 20 minute drive from the head office in Skara. Over the years the plane has been an important part of Jula’s expansion and development.

Without the Jula plane it would not have been possible for Jula to expand as quickly as we have done. The plane has meant that we could quickly visit new and interesting commercial locations in Sweden, Norway and Poland. We have saved time by not having to sit in the car for hours. We also collect all our new department store staff with the plane for an introduction at the head office in Skara. The plane has really been a big help in our work. 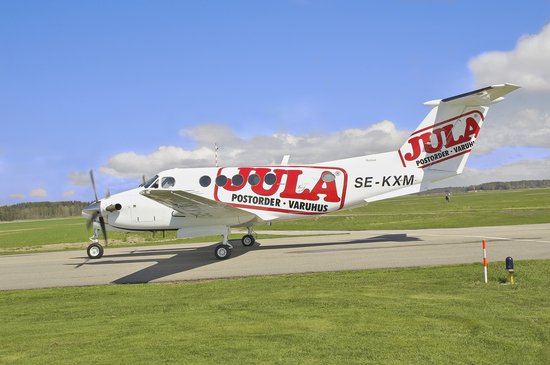